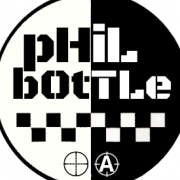 By phil bottle,
October 30, 2018 in Strategy and Survival